The former federal cabinet minister on his new role as senior business advisor at Bennett Jones and how Canadian businesses should approach an uncertain global market.

CBA National: What role do you expect to be playing at Bennett Jones?

JM: Quite frankly, my value to the firm is not what I learned in law school many years ago, but what I've learned about business since then in government. So I'm not going to do traditional legal work. But I do expect to be giving advice on the broader public policy environment, on how clients need to find their way through the sometimes difficult-to-navigate waters of public policy.

N: What is it that smart people in the business world don’t understand about how government policy works?

JM: Most business leaders come from a finance background, or perhaps an engineering background — often they have MBAs. They’re very linear thinkers, and that’s a great skill when you’re leading a big organization. But politics is non-linear. It is always full of twists and turns, and things on their surface don’t always make obvious sense. That’s why you often hear people say, “Why don’t they run the government like a business?” Well, because the government isn't a business. And the number of stakeholders that you have to contend with in government has always been quite a bit larger than the number that corporate leaders have to contend with. Now, that’s beginning to change. Businesses are realizing that they have more stakeholders than just their shareholders and their regulators. They also have to contend with a broader public environment in which reputations are made or destroyed because of corporate missteps.

N: Looking at the world as it is today, how must Canadian businesses approach a particularly unpredictable environment that we’re seeing today?

JM: First is to build on the strengths that we have as a country. We are a very attractive place for inbound immigration, and business success depends on talent. We have a good education system. We have a good healthcare system. We have a well-developed system of rule of law with democratic institutions that do not seem to be under the same degree of assault that some of our fellow democracies seem to be enduring. So, we’ve got a lot of strengths here at home. But they need to recognize that, however great Canada is, it’s a very small part of the world economy. They need to look globally and navigate into other markets, whether in the United States, Europe or Asia, or even Latin America or in Africa, because that’s where their growth is going to occur. They’re never going to break through any of the barriers that exist for corporate growth by strictly looking to the Canadian market.

N: But at the same time, we see the rise in protectionist trade policies. Did we miss our opportunity?

JM: I hope what we’re seeing is a passing phase. Let’s face it; Donald Trump was an unforeseen event. And the attitudes that he espouses are different from those of his predecessors, whichever party they were in. And quite frankly, I don’t think it’s going all that well. America’s paying a price for his protectionist approach. So, I'm hopeful that this is not a continuum that we’ve seen play out over the last few years but a pendulum, and that it’ll begin to swing back.

N: Which issue would you like to see brought up during the federal election?

JM: The competitiveness of the Canadian economy is core. How do we deal with the cost of doing business? How do we deal with the regulatory burden on Canadian businesses relative to other jurisdictions? How do we get a reasonable process for getting major projects approved and built in Canada? The difficulty over pipelines has damaged our reputation as a country that can get things done. And so, I think we need to figure that out. We are rich in natural resources, but if we don’t get them to market then it does us no good.

N: The Federal Court granted leave to hear appeals on the approval of TransMountain last week. How do you see that moving ahead?

JM: There’s been very little appreciation for the fact that there are a lot of processes that are built into our laws that need to be addressed. But it’s interesting that the court, in overturning the initial approval, didn’t do so because of any fault in the proponent. It found that the government, in two of its roles, had failed to do what it was required to do: consult with Indigenous peoples and adequately, in the case of the National Energy Board, address some habitat concerns. So, I think that the recent decision on this matter really is promising. The court is willing to hear arguments, but I think it’s pretty clear that it is also losing some patience. The way I read the decision is that the Federal Court has laid out a roadmap for getting things done. It basically said, ‘We want to hear arguments soon on this.’

N: I want to ask you a question in light of the handling of the arrest of Huawei’s Meng Wanzhou. Do we need to take another look at our extradition laws?

JM: Ultimately, extradition is a political matter. And I found it ironic that the government tries to cloak itself in rule of law as restricting its options when the Attorney General clearly has ultimate discretion over it. So clarification of what’s required and when the Attorney General can exercise and should exercise discretion, in my view, would be helpful. But to me, a request to arrest somebody of that importance internationally should ring a lot of alarm bells and requires very careful scrutiny. And I'm on the outside, but I certainly don’t have the impression that it was given that scrutiny at an appropriate point in time at an appropriate level. We’re caught between the U.S. and China on something which is not our issue but is costing Canada quite dearly, and two good young men their freedom. There were ways to simply not arrive at this outcome, including making it clear to Huawei, which has a big corporate presence in Canada, that we had this extradition request. I don’t think there’s anything in the law that prohibits that. This person wasn’t coming to Canada. She was merely transiting through Canada on a trip to Mexico. So, that was easily avoided. But now, we’re totally in the glue and we have to let this process run its course. The only thing that I include in my prayers every night is that the judge makes a decision expeditiously. This also doesn’t help our reputation. As lawyers, we believe that justice delayed long enough is justice denied. And we’ll soon have had this woman in custody for a year. Surely to goodness we can get this to the point of completion. 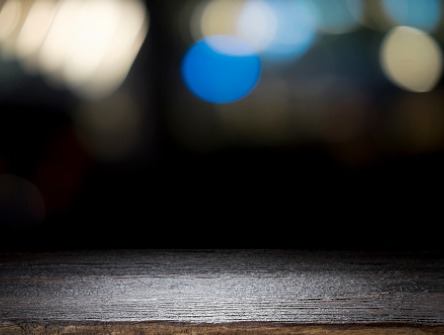