Here’s what died on the order paper

As we head to the polls, a look at the bills that did not receive Royal Assent and are terminated.

When the Governor-General dissolved Parliament on Sunday, several bills died on the Order Paper, many of which were never debated in the fractious parliamentary environment marked by procedural warfare which stymied the government's ability to bring them forward.

The government leader in the Senate had also decided not to recall the chamber to pass the remaining bills on its order paper, having failed to come to an agreement with various groups on timelines to study them.

Here's a look at what didn't make it from the 43rd Parliament:

Bill C-6 – An Act to amend the Criminal Code (conversion therapy): The bill that would have criminalized the provision of so-called "conversion therapy" intended to alter a person's sexual or gender identity did make it to the Senate at the very last minute, but was not debated at committee stage.

Bill C-10 – An Act to amend the Broadcasting Act and to make related and consequential to other Acts: A bill to bring web giants into Canada's cultural policy framework became highly controversial, with accusations that the government was trying to implement censorship of social media. After much acrimonious debate and the imposition of time allocation, it eventually made it to the Senate at the last minute, but was not debated at committee stage.

Bill C-19 – An Act to Amend the Canada Elections Act (COVID-19 response): Initiated as a means of implementing the recommendations from the Chief Electoral Officer on holding an election safely in a pandemic scenario. It came about against the backdrop of a minority parliament that could theoretically fall at any time. The bill was stalled repeatedly through both second reading and at committee. It never made it back to the House of Commons for third reading and is unlikely to be returned in a new parliament.

Bill C-21 – An Act to amend certain Acts and to make certain consequential amendments (firearms): The government's latest gun control bill was panned as "useless" by gun control groups like PolySeSouvient, who called for the bill to be withdrawn. The bill only saw a few hours of debate and was not advanced further.

Bill C-22 – An Act to amend the Criminal Code and the Controlled Drugs and Substances Act: Touted by the government as a response to the over-incarceration of Black and Indigenous Canadians, the bill would have eliminated many of the mandatory minimum penalties under the Criminal Code and restored more judicial discretion in sentencing. Though billed as a top government priority, it only had a couple of hours of debate and did not advance to committee study.

Bill C-23 – An Act to amend the Criminal Code and to make related amendments to other Acts (COVID-19 response and other measures): The bill aimed to modernize the justice system by making the use of video technology for jury selection a permanent feature after the pandemic. It also would have made telewarrants easier for police and other investigative bodies to obtain. It didn't see any debate.

Bill C-31 – Reducing Barriers to Reintegration Act: This bill would have undone many of the changes the previous Conservative government made to the pardons system, including restoring the use of the term "pardons" (changed to "records suspensions"), reducing the applicable waiting period from ten years to five before one can apply on an indictable offence, and from five years to three on a summary conviction, and amending factors to be considered by the Parole Board in deciding whether or not to grant a pardon. This bill did not see debate.

Bill C-35 – Canada Disability Benefit Act: Tabled in the final days of the session, it proposes to create a new federal disability benefit. It was not debated.

Several bills were also introduced in the Senate and saw debate there.

Bill S-4 – An Act to Amend the Parliament of Canada Act and to make consequential and related amendments to other Acts: Largely billed as housekeeping legislation intended to allow the group of "independent" senators to gain official recognition and stipends for its leadership. It passed the Senate, but was not officially introduced in the House of Commons.

Bills S-5 – An Act to amend the Judges Act: The bill would have created a new process for reviewing allegations of misconduct that are not serious enough to warrant a judge's removal from office. It only saw an introductory speech. 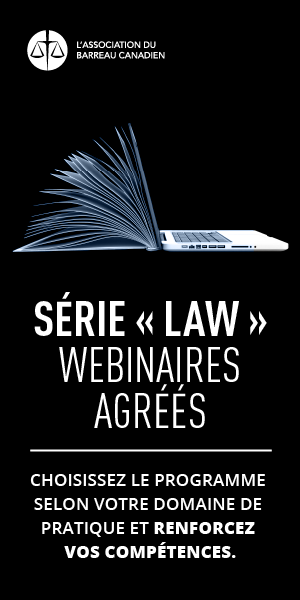 Dossier Do we need to rethink our intellectual property rights?

Wissam Aoun of Windsor Law discusses our IP laws and their fitness for purpose in the digital economy.