Why reputational damage cannot be capped.

To succeed in the action for the tort, the plaintiff must establish that the defendant publicized an aspect of their private life to which they did not consent and that it would be highly offensive to a reasonable person in their position. Also, the publication must not have been of legitimate concern to the public.

Also, to be considered in awarding damages is the potential impact on a plaintiff’s future employment prospects. Alternatively, loss of earning capacity should be awarded as a separate head of damage.

There have only been a handful of Canadian cases dealing with the tort of public disclosure of private facts. In a 2016 ruling, the Ontario Superior Court of Justice awarded the plaintiff $50,000 in general damages, $25,000 in aggravated damages, and $25,000 in punitive damages in a default judgment. It set the tone for future cases. Notably, this action had been commenced under Ontario’s simplified procedure rules, when the total available damages were limited to $100,000. The plaintiff received the total maximum allowed. Damages in cases that followed range from $45,000 - $100,000 in general damages.

In ES, the court determined that a trilogy capping non-pecuniary damages applies to the tort of public disclosure of private facts. In doing so, it adopted the reasoning and conclusions set out in this sexual battery decision.

Second, the cap on non-pecuniary damages in personal injury cases was partly motivated out of a concern that failing to cap them would lead to rising insurance rates.

Also, defamation is an intentional tort and there is no pressing social need to establish predictability in defamation cases.

These reasons are equally applicable to the tort of public disclosure of private facts. Any distinction between the lower non-pecuniary damages awarded for this new tort versus the higher amounts awarded in defamation cases is arbitrary. Both torts are prone to causing devastating consequences to the injured party, like shame, fear, anxiety, social isolation, psychological damage, emotional upset, and damage to reputation, relationships, and career.

The non-consensual posting of intimate images to the internet is a tort that strikes at the very core of an individual – their sexual and personal autonomy – and is arguably an even more grotesque social ill than harm to professional reputation. There is little reason that damage to one’s professional reputation should be compensated at a higher value than public damage to one’s sexual integrity. They both involve damage to reputation, and both can impact an individual’s career prospects.

The Supreme Court accepted in Hill that “[a] defamatory statement can seep into the crevasses of the subconscious and lurk there ever ready to spring forth and spread its cancerous evil. The unfortunate impression left by a libel may last a lifetime.” So too, does the non-consensual sharing of intimate images on the internet last a lifetime, and the cap on non-pecuniary damages should not apply in these circumstances. 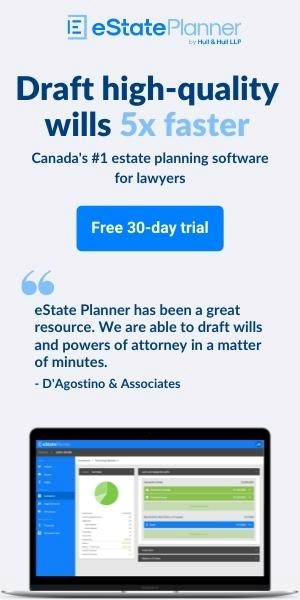 Opinion #MeToo: The return of the victim?

The term ‘survivor’ has been wholeheartedly embraced in contemporary feminism. But is it always appropriate?

Opinion Is “polluter pays” really a tenet of Canadian law?

Little good comes when the courts wade into issues of legislative policy; even less when the issue is neither fully argued by the parties nor given a balanced consideration in the decision of the court.